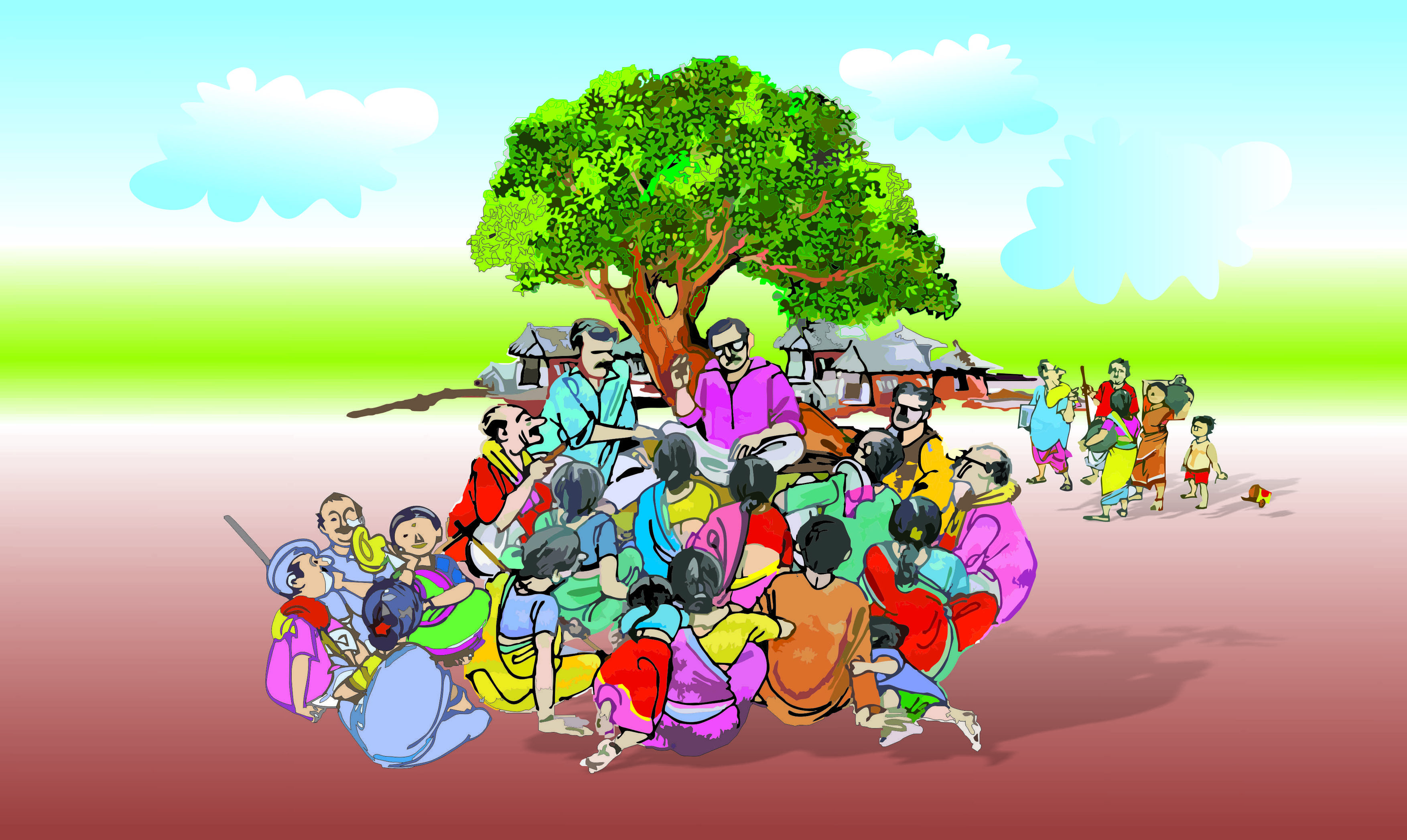 Panchayati Raj is an important segment of the polity syllabus of the IAS exam/ Any Competitive Examinations. The foundation of the present local self-government in India was laid by the Panchayati Raj System (1992).

What is Local self-government?
Local self-government implies the transference of the power to rule to the lowest rungs of the political order. It is a form of democratic decentralization where the participation of even the grass root level of the society is ensured in the process of administration.

The village panchayat, as a system of administration, began in the British days, as their offer to satisfy the demands for local autonomy. They opened up the governance of the lowest levels to the citizens. The GoI act, 1935 also authorizes the provinces to enact legislations.

How did the concept of local self-government evolve in India?

Even though such minor forms of local governance was evident in India, the framers of the constitutions, unsatisfied with the existing provisions, included Article 40 among the Directive Principles, whereby:

“The state shall take steps to organize village panchayats and endow them with such powers and authority as may be necessary to enable them to function as units of self-government.”

Panchayati Raj is the system of local self government for villages. Because Panchayats are an effective vehicle for people’s participation in administration, planning and democratic process, organisation of village Panchayats has been made a Directive Principle of State Policy (Article 40). Rural India has seen such Panchayats for ages. The new Panchayats are an improvement over the old ones in uniformity, institutional structure and states support. The present day Panchayati Raj system was introduced in 1959 on the recommendations of the Balwant Rai Mehta Committee. The committee had been set up in 1956 primarily to suggest measures for improvement in the working of the Community Development Programme and the National Extension Service which were being implemented at that time.

It recommended a three-tier Panchayati Raj system for proper implementation of the Community Development Council and the Union Government accepted the recommendations of the committee but gave the responsibility of implementing them to the states Governments. For one reason or the other, the implementation was slow and unsatisfactory.

Originally appointed by the Government of India to examine the working of two of its earlier programs, the committee submitted its report in November 1957, in which the term ‘democratic decentralization‘first appears.

The important recommendations are:

The existent National Development Council accepted the recommendations. However, it did not insist on a single, definite pattern to be followed in the establishment of these institutions. Rather, it allowed the states to devise their own patterns, while the broad fundamentals were to be the same throughout the country.

Rajasthan (1959) adopted the system first, followed by Andhra Pradesh in the same year. Some states even went ahead to create four-tier systems and Nyaya panchayats, which served as judicial bodies.

In December 1977, the Janata Government appointed a committee on panchayati raj institutions under the chairmanship of Ashok Mehta. It submitted its report in August 1978 and made 132 recommendations to revive and strengthen the declining panchayati raj system in the country.

Its main recommendations were:

Appointed by the Planning Commission, the committee concluded that the developmental procedures were gradually being taken away from the local self-government institutions, resulting in a system comparable to ‘grass without roots’.

Constituted by the Rajiv Gandhi government on ‘Revitalisation of Panchayati Raj institutions  for Democracy and Development’, its important recommendations are:

The acts of 1992 added two new parts IX and IX-A  to the constitution. It also added two new schedules – 11 and 12 which contains the lists of functional items of Panchayats and Municipalities. It provides for a three-tier system of Panchayati Raj in every state – at the village, intermediate and district levels.

What are Panchayats and Municipalities?

There are eight types of urban local governments currently existing in India:

How are the elections held in the local government bodies?

What are the Qualifications needed to be a member of the Panchayat or Municipality?

This means that unlike the state legislature, a person needs to attain only 21 years of age to be a member of panchayat/municipality.

What is the duration of the Local Government bodies?

What are the Powers invested on these Local Government bodies?

The powers of local bodies are not exclusively defined. They can be tailor-fitted by the state governments according to the environment of the states.In general, the State governments can assign powers to Panchayats and Municipalities that may enable them to prepare plans for economic development and social justice. They may also be authorized to levy, collect, or appropriate taxes.

around the world to our system of local self-government.

Functions, Role and Responsibilities of DPCs

Consolidation of rural and urban plans

PESA came into force in 1996. Under the Act, the Gram Sabha has been vested with powers for