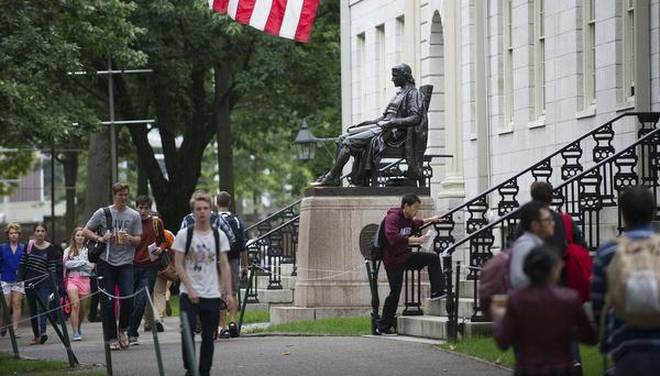 Affirmative action at the crossroads : This is a complicated and important case not just for the future of AA in the U.S., but because it has the potential to impact anti-AA sentiment everywhere. It contains elements that strongly resonate with the Indian debate on reservations.

What does the evidence show?

David Card, a reputed labour economist at Berkeley, provided evidence in support of Harvard University. He examined the statistical evidence in meticulous detail, especially the SFFA’s claim that Harvard could achieve its ‘diversity goals without considering race by using a variety of race-neutral admissions practices’.

In an impressively thorough report, Dr. Card demolishes the SFFA’s arguments successfully. The SFFA’s claims of discrimination are based on the evidence that Asian-Americans have higher academic achievements than white applicants, but are admitted at a lower rate. Dr. Card shows that academic achievement is only one of the criteria for judging excellence. Harvard’s applicant pool consists of students with outstanding academic credentials, and the process is very competitive. In 2019, it received 37,000 applications for 2,000 seats; more than 8,000 of these had perfect grades, and more than 5,000 had perfect mathematics or verbal SAT scores.

Thus, to choose from this pool, a strong candidate cannot be defined only on the basis of test scores; non-academic aspects have to be considered. Harvard claims that they judge ‘excellence in a variety of forms, and include students with diverse experiences, backgrounds, skills and interests’.

This multi-dimensionality is possible when the student body is racially diverse.

Another economist, Peter Arcidiacono, argued on behalf of the SFFA, and focused exclusively on academic achievement to show that African-American and Latino students with lower academic scores were admitted at the expense of Asian-Americans with higher scores. Dr. Card demonstrates conclusively that Dr. Arcidiacono’s empirical analysis did not account for the overall context of each candidate’s application, such as the ‘quality of high school, socio-economic circumstances, resources and opportunities available to the applicant as a result of their high school, neighbourhood and family background’.

The significance of this point cannot be overstated. In India, the fact that entry-level cut-offs are lower for reserved category students is seen as proof that the reservation policy is “anti-merit”, and leads to its corollary, viz., abolition of reservations is needed in order to improve merit. If our universities adopted a more holistic set of criteria for admissions, that would have the twin benefit of reducing the excessive and unhealthy obsession with board examination scores, and reorienting admission priorities. It would enable universities to account for various sources of disadvantage due to poor socio-economic circumstances. This is not to argue that marks should not count at all, but to say that the admissions based on marks, while also making allowances for socio-economic circumstances, need not mean an automatic death of “merit”. The challenges in increasing access to higher education to students from deprived backgrounds are enormous, but these challenges are inherent in any strategy that expands access to higher education, and have to be dealt with.

AA has been on the retreat in the U.S., battling several legal challenges. Today it stands on a precipice because Asian-Americans feel that they are losing out to whites in terms of entry into prestigious institutions. If the SFFA wins this case in the Supreme Court, it might be the final nail in the coffin of affirmative action.

What would be the impact on whites, the most privileged group? They are already the majority in educational institutions; even if AA for minorities and women were dismantled, the implicit quota for them will, most likely, stay intact. All these years, the extent of “legacy” admissions, i.e. preferential admissions for students whose parents graduated from Harvard or Radcliffe (its former sister school) was unclear, but thanks to this lawsuit, it is clear that legacy preferences can make a big difference, and not just at Harvard. According to 2018 data, 42% of private institutions and 6% of public institutions in the U.S. consider legacy status as a factor in admissions. Universities, including Harvard, defend this practice by claiming that it fosters a healthy and diverse campus and alumni community. But the truth is that legacy admissions favour affluent white students.

What did the lawsuit say about legacy admissions? Nothing. “Students for Fair Admissions” sounds disconcertingly similar to the Indian “Youth for Equality”. The mainstream use of the words “equality” and “fair” in the context of AA is an excellent example of irony, which is typically lost on the users and consumers of these arguments. AA, or reservations in India, is essentially a policy of compensatory discrimination, which discriminates in favour of groups that are traditionally discriminated against, stigmatised and marginalised, such as African-Americans, Latinos in the U.S.; Dalits and Adivasis in India. Because of historical and contemporary discrimination, these groups would typically be under-represented in formal institutions, and in order to compensate for that, preferential policies such as quotas are needed.

Those against AA turn this logic on its head and argue that the preferential policies are unfair and foster inequality, because they use criteria other than “merit” for admissions (race in the U.S., caste and tribal status in India). However, these critics are blind to the elephant in the room: legacy admissions in the U.S., or their Indian counterpart: discretionary management quotas or donations-based admissions. These methods of entry are opaque, completely divorced from “merit” (even in the narrowest sense of examination scores), and blatantly favour those with means and privilege.

This case reveals, once again, that critics of affirmative action the world over argue exactly the same way, regardless of the context. We have to wonder why the fiercest of them never train their guns on the fundamental, most critical feature of college admissions that is anti-meritocratic, unfair and inequality-enhancing: pathways for easy entry for the already privileged through legacy, networks and money.

What is zero budget natural farming in India