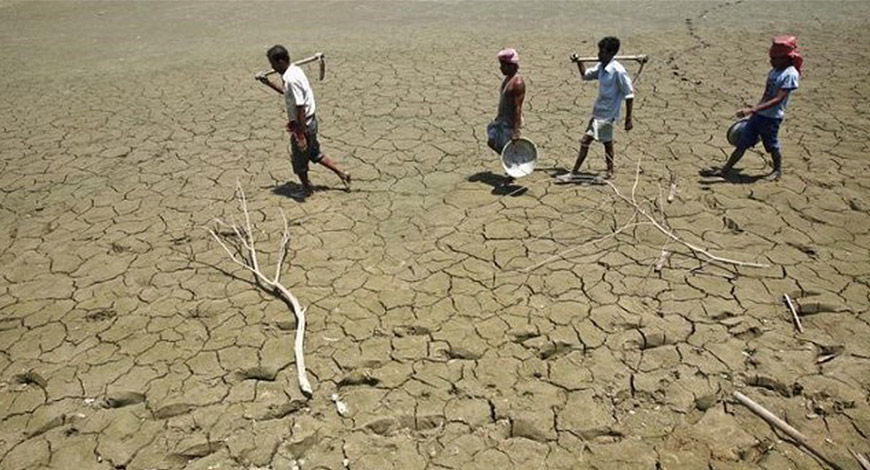 History of Drought  and Drought preparedness in India

Drought is generally considered as a deficiency in rainfall /precipitation over an extended period, usually a season or more, resulting in a water shortage causing adverse impacts on vegetation, animals, and/or people.

It a prolonged period of abnormally low rainfall, leading to a shortage of water.

The 2009 Manual of Drought Management issued by Ministry of Agriculture, Union of India (prepared for Ministry by National Institute of Disaster Management) classifies droughts into three categories based on the existing literature on the subject:-meteorological, agricultural and hydrological. The manual also specifies the India specific features for each type of these droughts.

Agricultural drought arises from variable susceptibility of crops during different stages of crop development, from emergence to maturity. In India, it is defined as a period of four consecutive weeks (of severe meteorological drought) with a rainfall deficiency of more than 50 % of the long-term average or with a weekly rainfall of 5 cm or less from mid-May to mid-October (the kharif season) when 80% of India’s total crop is planted or six such consecutive weeks during the rest of the year.

The new classification of drought

A Manual for Drought Management was published by the DAC & FW in November 2009, which has been revised and updated in December 2016. The revised manual has come into effect from Kharif season of 2017. It’s revised norms include;

According to a circular issued by the department, the move was part of a decision to do away with or re-define terms that are not scientifically precise.

Some Programs and Schemes