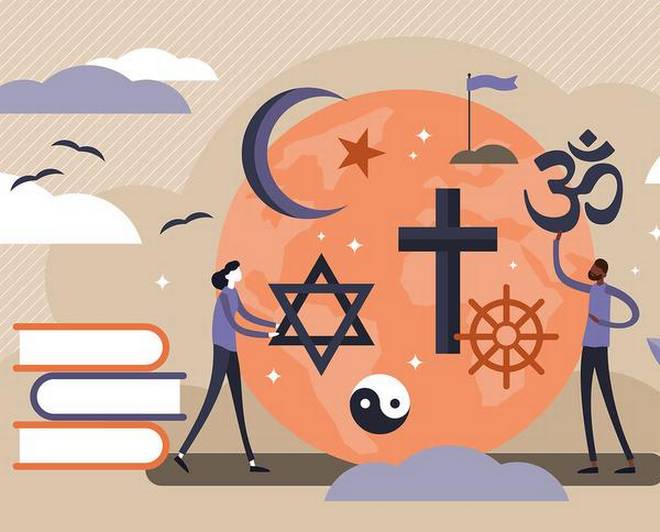 In Jose Paulo Coutinho v. Maria Luiza Valentina Pereira (2019), the Supreme Court has yet again revived the debate on a uniform civil code (UCC) and referred to Goa as “a shining example of an Indian State which has a uniform civil code applicable to all…”. There are rumours that the government may surprise everyone in the winter session of Parliament by introducing a UCC Bill, just as it did by diluting Article 370 on August 5. But in fact it has been the judiciary, rather than the Bharatiya Janata Party or the Rashtriya Swayamsevak Sangh, that has been relentlessly pushing for the enactment of a UCC.

In some cases that dealt with the issue of a UCC, the apex court’s observations have been unnecessary obiter dicta (such as in Mohd. Ahmed Khan v. Shah Bano Begum, 1985). In some others (such as in Sarla Mudgal v. Union of India, 1995, in which four Hindu men converted to Islam to take second wives), the court’s observations have been reflective of flawed and problematic judicial reasoning. Instead of condemning the men in Sarla Mudgal, the court demonised Muslims by saying, “Those who preferred to remain in India after the partition, fully knew that the Indian leaders did not believe in two-nation theory or three-nation theory and that in the Indian Republic there was to be only one Nation — Indian nation — and no community could claim to remain a separate entity on the basis of religion” (sic). It also stated there “there is an open inducement to a Hindu husband, who wants to enter into second marriage while the first marriage is subsisting, to become a Muslim”. In this judgment, the court completely negated the idea of legal pluralism; overlooked the fact that while all Congress leaders including Jawaharlal Nehru, Sardar Patel and Mahatma Gandhi voted for Pakistan, Maulana Abul Kalam Azad stood his ground and voted against it; overlooked V.D. Savarkar’s two-nation theory; and also overlooked the history of the Hindu Right’s resistance to the Hindu Code Bill.

With reference to the court’s judgment in Jose Paulo Coutinho, it is important to understand that the reality of Goa is a little complex. The Goa Civil Code of 1867, which was given by the Portuguese, begins in the name of God and the King of Portugal. Uniformity is not necessarily a promise for gender justice. On the opposition of Hindus, the Code permitted limited polygamy for Hindus on certain conditions, including “absolute absence of male issue, the previous wife having completed 30 years of age, and being of lower age, ten years having elapsed from the last pregnancy”.

The Code gives certain concessions to Catholics as well. Catholics need not register their marriages and Catholic priests can dissolve marriages performed in church. Church tribunals are similar to the so-called Sharia courts and dissolution by them is mechanically approved by the High Court. Why the court did not, as a first step towards a UCC in Goa, recommend the adoption of a reformed Hindu Code Bill in preference to the Portuguese Civil Code is not clear.

The provision of matrimonial properties being jointly held and equally divided between spouses on divorce exists under the 1867 Code. However, through pre-nuptial contracts, parties may opt out of this joint ownership of properties. In many marriages, would-be wives are forced to sign on dotted lines. Thus, even where such joint ownership of assets exists, the control over property remains with the husband. Even the Goa Succession, Special Notaries and Inventory Proceeding Act, 2012, enacted by the BJP government in 2016, mentions the surviving spouse only as the fourth preference in Section 52 (order of legal succession), after descendants, ascendants, and brothers of the deceased.

As far as Muslims are concerned, the Muslim Personal Law (Shariat) Application Act of 1937 has not been extended to Goa. Muslims of Goa are governed by Portuguese law as well as Shastric Hindu law.

The majority in Shayara Bano v. Union of India (2017) did hold freedom of religion subject to restrictions under Articles 25 and 26 of the Constitution as absolute. Even the right to follow personal law had been elevated to the highest status of fundamental right. UCC is only one of the directive principles. The Supreme Court rightly held in Minerva Mills Ltd. v. Union Of India (1980) that “to destroy the guarantees given by Part III [fundamental rights] in order purportedly to achieve the goals of Part IV [directive principles] is plainly to subvert the Constitution by destroying its basic structure.”

Futility of one nation, one law

Since personal laws are in the Concurrent List, they may differ from State to State. The framers of the Constitution did not intend total uniformity or one law for the whole country. States have made more than a hundred amendments to the Code of Criminal Procedure and the Indian Penal Code. The law of anticipatory bail differs from one State to another. Even BJP governments in different States, including Gujarat, have reduced fines under the amended Motor Vehicles Act despite the Centre justifying the hefty fines. This proves the futility of one nation, one law.

Not all Hindus in the country are governed by one law. Marriages amongst close relatives is prohibited by the Hindu Marriage Act of 1955, but is considered auspicious in the south. The Hindu Code Bill recognises customs of different Hindu communities. Even the Hindu Succession Act of 1956 made several compromises and could not make daughter a coparcener till 2005. Wives are still not coparceners. Even today, property devolves first to Class I heirs and if there are no Class I heirs, then to Class II heirs. While heirs of sons are Class I heirs, those of daughters are not. Even among Class II heirs, preference is given to the male line. If a couple does not have a child, the property of not only the husband but also of the wife goes to the husband’s parents.

Similarly, there is no uniform applicability of personal laws among Muslims and Christians. The Constitution protects the local customs of Nagaland, Meghalaya and Mizoram.

In fact, let’s leave aside discriminatory personal laws; even land laws enacted after 1950 in a number of States are gender unjust. These laws have been exempted from judicial scrutiny and have been included in the Ninth Schedule.

No blueprint of a UCC has been prepared yet. No expert committees, like the Hindu Law Committee of 1941, has been constituted so far. Several provisions of codified Hindu law such as solemnisation of marriage, satpati, kanyadaan, the sacramental nature of marriage, income tax benefits for the Hindu joint family, and absolute testamentary powers may not find a place in the UCC. Provisions like dower (payment by husband) or nikahnama (prenuptial contract) are to be incorporated in the UCC. Will Hindus accept these changes?

Last year, the Law Commission had concluded that a UCC is neither desirable nor feasible. Indeed, it is best to enact a UCC in a piecemeal manner.