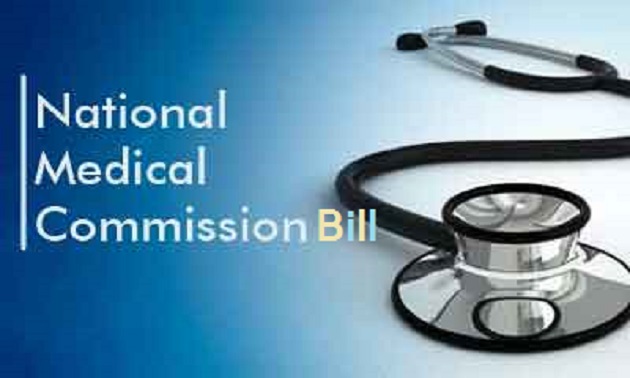 When the Bill came to light, it generated an unprecedented response – a one-day strike by nearly three lakh doctors and protests from all sections – doctors, health activists, former policy makers, academicians and so on, making the government to refer it to the Standing Committee for further deliberation.

The idea of reforming and revamping the MCI took root in the Independence Day speech of former prime minister in 2009. The vision was to replace the MCI with an overarching National Commission for Human Resources for Health with four verticals looking after the four different aspects of regulation – undergraduate, postgraduate education, accreditation and licensing and ethical practice.

It was to provide platforms for cross consultation and coordination between the disciplines and medical and non-medical personnel.

First proposed in 2016, the Bill aims to overhaul the corrupt and inefficient Medical Council of India, which regulates medical education and practice.

The Bill seeks to repeal the Indian Medical Council Act, 1956 and dissolves the current Medical Council of India (MCI). The MCI was established under the 1956 Act, to establish uniform standards of higher education qualifications in medicine and regulating its practice.

The Bill provides for a medical education system which ensures:

What are the key issues regarding the regulation of medical education and practice?

Over the years, the MCI has been criticised for its slow and unwieldy functioning owing to the concentration and centralisation of all regulatory functions in one single body.

This is because the Council regulates medical education as well as medical practice. In this context, there have been recommendations that all professional councils like the MCI, should be divested of their academic functions, which should be subsumed under an apex body for higher education to be called the National Commission for Higher Education and Research.

With most members of the MCI being elected, there has been a conflict of interest where the regulated elect the regulators, preventing the entry of skilled professionals for the job.

The Niti Aayog Committee recommended that a framework must be set up under which regulators are appointed through an independent selection process instead.

The Standing Committee on Health (2016) observed that the present focus of the MCI is only on licensing of medical colleges. The Committee recommended that the areas of medical education and medical practice should be separated in terms of enforcement of the appropriate ethics for each of these stages.

The National Medical Commission, 2017 Bill seek do to ….

The 2017 Bill sets up the National Medical Commission (NMC) as an umbrella regulatory body with certain other bodies under it.

Functions of the NMC include:

What does the Bill say regarding the conduct of medical entrance examinations?

What are the complex issues that have caused this widespread concern?

But despite its plus points, the NMC isn’t the game-changing legislation it could have been.

The over centralisation of the NMC and the near control over it by the central government, ranging from appointing all the 77 members for the various bodies is a concern. Such wide-ranging powers that will be exercised by the central ministry rob not just the federal nature of the law and reduce the NMC to an advisory role.

Assuming that an investment of Rs 400 crores is required to set up a medical college and with a view to attract investment, the Bill permits 60% of seats to be open for managements with unfettered freedom to charge any quantum of fees in order to recoup the investment. This logic is highly debatable. It is apprehended that this will increase rent seeking, corruption and reserve medical education only for the rich and well off.

One of its goals is to rein in corruption in the MCI through greater distribution of powers. This is sought to be accomplished through an independent Medical Advisory Council to oversee the National Medical Commission, the proposed successor of the MCI. But all members of the NMC are a member of the Council, undermining the latter’s independence.

Keeping in view the current realities prevailing in the country, the Act has introduced a system under which the Commission and the heads of the councils of Ayush can design bridge courses legalising  Ayush practitioners to prescribe allopathy medicines. Such cross pathy then endangers the credibility of all the systems of medicine.