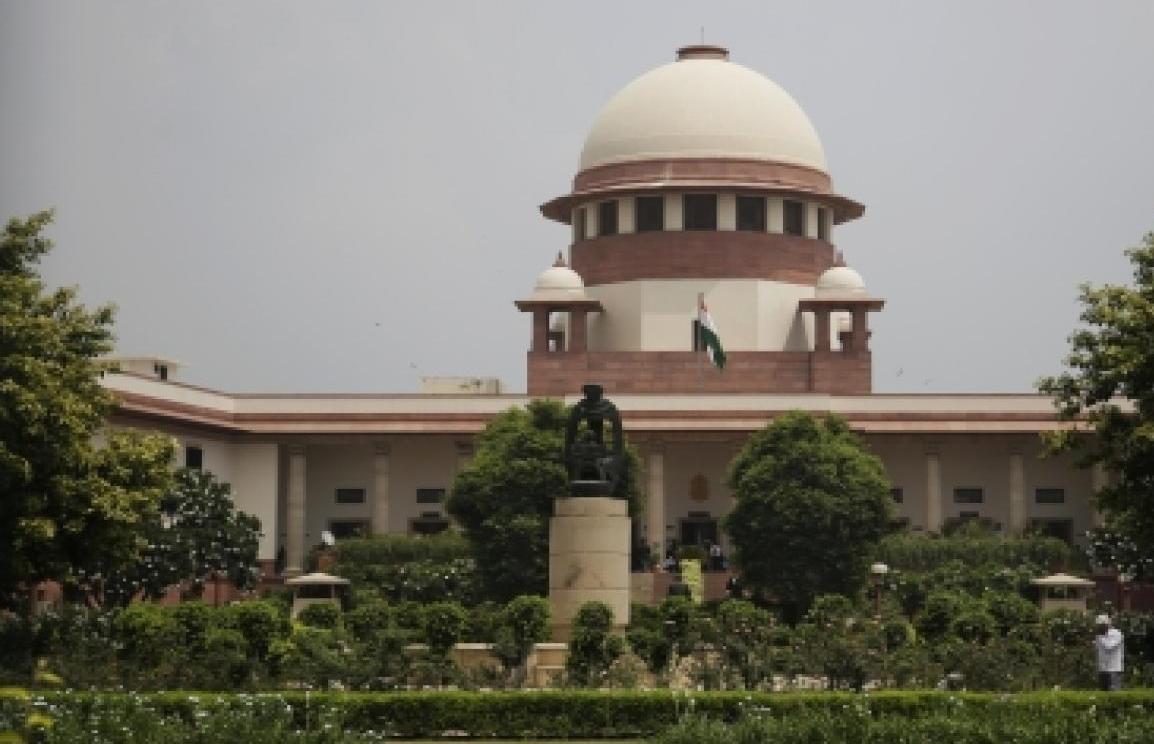 The Supreme Court on Monday upheld the amendments made by the Centre in Scheduled Castes and Scheduled Tribes (SCs/STs) (Prevention of Atrocities) Amendment Act, 2018, that rules out any provision for anticipatory bail for a person accused of atrocities against SC/STs.

The amendments were brought to nullify the effects of the 20 March, 2018, judgment of the top court diluting the stringent provisions of the Act.

In the amended SC/ST Act, no preliminary probe by the police would be required for registering a criminal case. No prior approval of appointing authorities for senior police officers is needed to file FIRs in cases of atrocities on SC and ST.

The top court also upheld Centre’s directive that anticipatory bail to the accused charged with atrocities against SC/STs will not be provided. Courts can, however, quash FIRs in exceptional circumstances.

However, the bench of Justice Arun Mishra, Justice Vineet Saran and Justice Ravindra penned down a separate order, adding a caveat that pre-arrest bail should be granted only in extraordinary situations where refusal of bail would imply miscarriage of justice.

Earlier in October 2019, the apex court bench had given a hint that it will uphold amendments made by the Centre in SC/ST Act to restore immediate arrest and ban anticipatory bail.

“We are not diluting any provisions… these provisions will not be struck down. Law should be as it was… They will be left as it was prior to the judgment on review petition and amendments in the Act,” it had observed.

The apex court had also said it will also clarify that police can hold a preliminary probe before taking any action on a complaint under SC/ST Act, in case it is of prima facie view that complaints are false.

The bench had observed that with regard to anticipatory bail, the judgment of the Constitution Bench passed earlier had held that it can be granted in cases where a prima facie case under the SC/ST Act is not made out.

The old provision would be restored stand in the light of the review judgment delivered on 30 September, 2019, the court had remarked.

By 30 September verdict, the apex court’s three-judge bench had recalled its 20 March, 2018, order that had diluted the stringent provisions of the SC/ST Act while restoring automatic arrest in such cases.

It had also recalled order on the preliminary probe by the police before the arrest.

By 20 March, 2018 verdict, the two-judge bench of the apex court had held that there will be no automatic arrest on a complaint filed under the Act had also introduced anticipatory bail provision under the Act.

The Centre had filed a review petition before the top court pleading to review its order passed on 20 March, 2018. However, the Centre had made amendments in the Act to overcome the top court’s order diluting the provision of arrest under the law.

The amendments provide that no preliminary inquiry would be required for registering a criminal case and an arrest under this law would not be subject to any approval.
A bunch of pleas opposing amendments to the SC/ST Act were filed in the Supreme Court alleging that Parliament had “arbitrarily” decided to amend the law.

Reservation in promotion in public posts not a fundamental right: SC

Article 335 recognizes that special measures need to be adopted for considering the claims of SCs and STs in order to bring them to a level-playing field.

Necessity: Centuries of discrimination and prejudice suffered by the SCs and STs in a feudal, caste-oriented societal structure poses real barriers of access to opportunity. The proviso contains a realistic recognition that unless special measures are adopted for the SCs and STs, the mandate of the Constitution for the consideration of their claim to appointment will remain illusory.

The proviso is an aid of fostering the real and substantive right to equality to the SCs and STs. It protects the authority of the Union and the States to adopt any of these special measures, to effectuate a realistic (as opposed to a formal) consideration of their claims to appointment in services and posts under the Union and the states. It also emphasizes that the need to maintain the efficiency of administration cannot be construed as a fetter on adopting these special measures designed to uplift and protect the welfare of the SCs and STs.

Indra Sawhney vs Union of India and M Nagraj case:

In its landmark 1992 decision in Indra Sawhney vs Union of India, the Supreme Court had held that reservations under Article 16(4) could only be provided at the time of entry into government service but not in matters of promotion.

It added that the principle would operate only prospectively and not affect promotions already made and that reservation already provided in promotions shall continue in operation for a period of five years from the date of the judgment. It also ruled that the creamy layer can be and must be excluded.