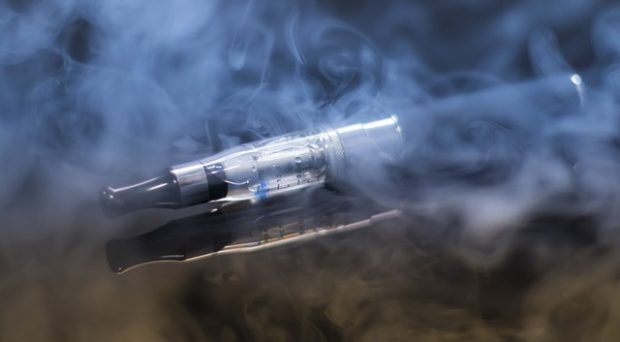 Vaping is injurious to health

Measures being taken against e-cigarette companies in the U.S. could result in a dip in sales

The absence of vaping-related illness during the last ten years of increasing electronic cigarettes use has often been cited to silence the critics of the latter. But all that has changed in the blink of an eye. As on October 15, 2019, the number of patients with a mystery lung injury associated with the use of e-cigarettes shot up to 1,604 from 49 States. There have also been 34 deaths from 24 States.

The mysterious lung injury in e-cigarette users started in April 2019, when 53 victims with a median age of 19 years in Illinois and Wisconsin were hospitalised, many under intensive care. The victims experienced coughing, shortness of breath and other symptoms and their health had deteriorated to a point that it necessitated hospitalisation.

While the U.S. Food and Drug Administration (FDA) or the Atlanta-based Centres for Disease Control and Prevention (CDC) are yet to identify the cause of the lung injuries, the only commonality among all the patients is that they were e-cigarette users.

In 2009, except menthol, the FDA had banned flavours in cigarettes as it was convinced that they lured children and teenagers into smoking. Internal tobacco industry documents reveal that flavours were used to target potential new young customers, according to a 2016 paper. It is not clear why, despite overwhelming evidence of youth hugely favouring flavoured vape devices, the FDA did not act. It waited till September 11 for U.S. President Donald Trump to call for a ban on flavoured e-cigarettes before announcing its plan to remove all them from the market, at least temporarily.

On October 17, JUUL Labs Inc suspended retail sale of flavoured – mango, creme, fruit, and cucumber – e-cigarette devices and cartridges pending a review by the FDA. The company’s deceit was not lost as mint and menthol flavours, which an overwhelming majority of high school students prefer, are still available.

As per the National Youth Tobacco Survey, the percentage of school children who reported using mint and menthol flavour increased from over 42% in 2017 to nearly 64% in 2019. The fruit flavour, which has the most takers, dropped slightly from about 70% in 2017 to 66% in 2019.

The 2018 National Youth Tobacco Survey found more than 3.6 million middle and high school students used e-cigarettes in 2018, sharp increase from 1.5 million the previous year. The survey found that youth used flavoured products more often than in 2017. In 2019, more than a quarter of high school students and 20% of junior reported using e-cigarette within the past 30 days.

The dramatic rise in e-cigarettes use by children is not at all surprising. After all, the e-cigarettes makers have been following the time-tested machinations of the big tobacco companies to a T. Like in the case of cigarettes, constant exposure to e-cigarette advertisements on social media, print and on TV have contributed to higher rates of experimentation, studies found.

Advertisements for e-cigarettes targeting the youth used messages that have historically been effective in marketing tobacco cigarettes. For example, advertisements depicting e-cigarette use as “glamorous, cool, attractive, liked by celebrities and as a symbol of freedom,” together with celebrity endorsements hearken back to the banned ploys employed by tobacco companies decades ago. The same is true of health claims that e-cigarettes are safer than tobacco cigarettes, and their endorsement by doctors as a smoking-cessation tool, even in the absence of hard data.

The tide is slowly turning. In May 2019 the Federal Trade Commission began investigating JUUL for its marketing efforts, including the use of social media influencers to promote its vaping devices. In mid-September, CBS, WarnerMedia and Viacom dropped all e-cigarette advertising and JUUL suspended broadcast, digital and print advertising.

These measures could result in a considerable dip in sales as flavoured pods account for 80% of JUUL’s sales. But only time will tell whether dampening youth use is a ploy to secure FDA authorisation in May 2020.