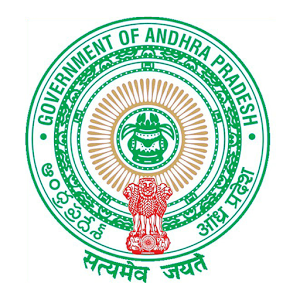 (X Class Standard, Qualifying Nature – Marks would not be counted for selection to Interview)

Recognition of Parts of Speech

Identifying and Interchange of Sentences

Use the given Idioms and Phrases in your own Sentences

One Word Substitutes – Recognition and Usage

Write a Paragraph using the given Words/Phrases

Description of a given Picture/Symbols

Candidate should write three Essays one from each section compulsorily. Each section contains three topics. Each Essay carries 50 marks.

Current events, policies, schemes and programmes of the State of Andhra Pradesh

1. Indus Valley Civilization – Vedic Culture – Social Formation –Emergence of New Religious Sects in 6th B.C.E. –         Jainism and Buddhism and Its Impact – Rise of Mauryans – Ashoka  Dharma  –Social  and  Cultural  Life  –  Sangam  Age  and  Its Literature – Kushanas and their Contribution to Culture – Guptas – Socio-Economic and Cultural Conditions – Harshavardhana and His Contribution to Buddhism.

2. Medieval Andhra: Socio-Cultural and Religious conditions in Andhradesa between

1903 to Formation of Andhra State 1953 – States Reorganisation Commission and Its Recommendations – Emergence of Andhra Pradesh 1956 – Important Social and Cultural Events between 1956 and 2014.

5. Bifurcation of Andhra Pradesh and its Administrative, Economic, Social, Cultural, Political, and legal implications/problems, including

AN OVERVIEW OF THE INDIAN CONSTITUTION

2) Structure of the Andhra Pradesh Economy – Sectoral and Regional Analysis – The Extent of Poverty – Agricultural Inputs and Technology.

3)  Demographic  Features  and  Social Backwardness  –  Literacy and  Occupational Structure – Changes in the Sectoral Distribution of Income and Employment- Socio- Political and Economic Empowerment of Women.

4) State Finances and Budgetary Policies – Trends in Revenue and Expenditures of State Government – Public Debt – Analysis of the State Budget.

1) Growth and structure of industries in Andhra Pradesh, factories, small and tiny sectors, their composition and growth – problems – remedial measures.

ROLE AND IMPACT OF SCIENCE AND TECHNOLOGY IN THE DEVELOPMENT OF INDIA:

UNIT 2: Plants and Animal Resources: Uses of plants-food, fodder, medicine and fibres  and  other  products.  Cultivated  plants-origin  and  Indian  natives.  Poisonous plants. Animals-wild and domesticated. Usefulness of animals for mankind for food and medical advancements.

3. Passage Analysis: A duly structured situation which is related to issues in social or economic development will be presented to the candidates and they will be asked to analyze and suggest their own solution to the problem arising out of situation. Alternatively, they may be called upon to prove the understanding of the situation by answering certain searching questions based on the situation.